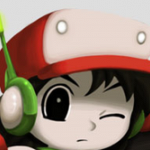 Wazzup? My name is Spike The Porcupine, or Spike for short! My old account was Phanpy444, but, uh, there were some.......issues.

So anyways, I'm back and rarin' to go! Over the time I've been gone, I've collected many more ideas for trashies, ones that will now be used for my final series. Get pumped for Series Y, coming this fall! LOL, that sounds like some commercial for a TV Drama!

That's my favorite face up there. Get used to it. I will be updating my profile frequently, so make sure to check back for new things and funny pics!

Also, don't forget to check your Message Walls. I send a lot of messages. This includes the Forum. To make it easier for you guys to read the latest updates, I highlight all of my posts.

I love trashies more than anything! Well, not really. But, they are pretty high on my imaginary list of "Favorite Things." I am known for making some good series and bad trading card lines. I put a lot of effort into my pages, and hope you'll enjoy them as much as I do!

Anyways, I'm a 12 year old boy who plays video games and basketball. I'm also a toy collector. I have a TON of systems. I'm not kidding! Here's the list:

Yup. That's about all. I enjoy drawing, and I am quite often complimented on my skills as an artist!

My old account was Phanpy444. I was a popular user among the two trashie wikias. Then, one fine day, a user named Tjerman joined. He was an 8 year old with 0 talent on wikia editing. I left once because of him, came back for a while, then deleted my account. I vanished for months with no trace. However, I did Skype Dani and email him.

Eventually, I decided to come back to Fantendo with my new account, SpikeThePorcupine, based off of my Sonic fan character. I recently left Fantendo. With my new account, I decided I should check on the ol' wikia, only to find this wiki dead and the Trash Pack wikia less lively. I realized how much of a difference I had actually made. I was the motivation for people to continue editing! I made the choice to set things right. I made an announcement of my return, much to everyone's astonishment.

So now, here I am! A happy, faithful user once again!

My first 3 series came out fairly fast, coming out within 3 weeks of each other. They were popular among the wikia, along with Dripsy's Series 7. I had finally run out of my pages upon pages of trashie ideas. I had to create some more from scratch. It took a lot of tough decisions and planning, but I eventually announced "Unnamed Series IV," or Series Y. I talked to Dripsy about making a new series, and convinced him to make a long-awaited sequel to his popular single series. We originally planned to release it on the same day, but there was a misunderstanding, and he ended up releasing his like a day or a week later.

A bunch of things happened. I released newsletters to hint at my new series. Then, a sudden rage inside me caused me to delete my account and create this one a few months later. People assumed I had abandoned my series. I knew I couldn't just leave it in development, so I edited in some new changes and a new release date!

Now, my highly anticipated series is just a month away! That's still pretty long of a wait, so I came up with the idea for Hints Of The Day and occasional Newsletters. I release a new hint every two days, so don't miss them!

Unfortunately, Dripsy is not by my side this time. He apparently is getting tired of The Trash Pack. This was shocking to me, because he said he loved drawing them! So now, I'm like the only daily contributor to the wiki. I'm determined to keep this wikia in shape.

Retrieved from "https://thetrashpackfans.fandom.com/wiki/User:SpikeThePorcupine?oldid=12757"
Community content is available under CC-BY-SA unless otherwise noted.